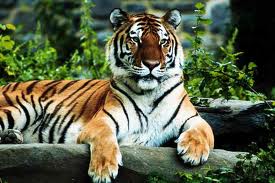 Today Adrienne was trying to close one of our 100+-year-old windows in the kitchen, to keep the furnace-like heat from pouring in. It stuck, and she was going to leave it, I think, because it seemed stuck for good. Watching this scene through the filmy, sheer curtain Adrienne stood under to get at the window better, I saw her place her hands on the sill, fingers outstretched.

Suddenly, the window slammed down. I had a sharp intake of breath, with an “Oh!!!!” attached, for it appeared her fingertips had received the full force of that heavy window. She appeared to be a little shaken (the window had made a lot of noise, slamming like that), but nonetheless, she turned to me and said, “Over-reactionary! It’s no big deal!” Now, she had known she was safe, but I could not know that, not from my perspective.

Questions: Is it possible to overreact to a sudden, unlooked-for event? If a reaction is involuntary, can it possibly be an overreaction?

Take spiders, for instance. I’m frightened of them, utterly; ‘phobic’ would be a better word. But I tell myself I’m overreacting. They’re just little creatures, trying to get along in life. They’re not going to hurt me. I’m bigger than they are. I’ve nothing to fear. I laugh. I’m so silly! They’re nothing, nada. I’m a big girl now. And so on.

I pick up my jeans from the chair, and a big black spider runs out, straight toward me. I scream, I jump back, I knock over my tea, I trip over my chair, and then land on me arse on the floor.  (I have a lot of furniture in a small room; it happens.)

Questions: Am I overreacting? Or just reacting? The chain of events ensuing after the initial shock occur only because of where the shock takes place. Jumping backward in a large space, nothing would have spilled, no one would have been hurt. Do you have a phobia? Fear of flying, perhaps? Heights? Wet hands? Germs? Dogs? Cats? Street people? Public transportation? Do you overreact to these things? Or is it, like me ‘n’ the spider, a genuine — and completely involuntary — reaction?

Another scenario. Perhaps, like Mike Tyson, you have a pet tiger. It roams your house freely. At first, you were ultra-careful. The guy who sold you the tiger told you what to watch out for, and how to take care of your new exotic pet, and you learned how to keep it happy. You learned not to sneak up on it, because it had a people-phobia it was trying to get over. Now you’re used to each other. He loves people, and you love tigers.

Last night you met a woman for dinner, someone you’d met online. You both had a fantastic time. You hope to see her again, and you’ve given her all your digits — phone, email, and even your home address. You feel good about this gal!

Humming to yourself, you go out to work on your stunning, jungle-like garden out back, when you hear a blood-curdling scream from your home, followed by a roar. You race in, to find your tiger trying to lick your new woman-friend awake. She’d fainted after screaming, a grocery bag’s full of delectables for a surprise dinner for you now scattered over the floor.

Question: Was she overreacting?

Just because she fainted and you wouldn’t have, is it fair to say she’s overreacted? You know the tiger wasn’t going to hurt her. The tiger knew it, too. Had this woman known about the tiger, though, would she have ventured to your home unannounced? With preparation (and think about how long it took you to get used to the animal yourself), no doubt your lady friend would be able to handle it. It’s the suddenness, the thing-where-it’s-not-supposed-to-be of it, that triggers involuntary reactions. (And you wonder why you don’t have a steady girlfriend….)

What I hope to accomplish with this blog is an increase in your compassion when judging the reactions of others, as well as your own. We’re so quick to use the words “overreaction” and “oversensitive,” and perhaps they are not accurate. Could it be that you’re not overreacting, but just reacting? You simply, at that moment in time, cannot act another way, at least, not to a sudden event, or to an unconquered phobia. One man’s pleasure is another’s phobia; try not to deny either of them. Maybe a nice motto would be, to paraphrase from a much more famous work, “Forgive us our phobias, as we forgive the phobias of others.”

We can become inured to anything if subjected to it often enough (whether in real life, or in 52-inch glory on a plasma TV screen) — murder, war, poverty, death. illness, savagery of every description. Personally, I don’t wish to become used to those things. I might throw “tigers” into that list. Oh, and snakes. And centipedes.