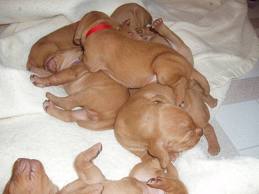 Years ago, I went to a shrink in Utah (a very fine man, I might add). He had hung a small picture on his wall, with the inscription — “Don’t Should on Me” — carefully cross-stitched on it. It looked like a pile of dog-doo, only the individual…um…logs?…were the word “SHOULD,” done in an excremental brown.

Naturally, I commented on it. The picture had all the signs of a Relief Society project gone awry, done by a woman trying to break the mould of her Sisters. (It could have been done by me, but I don’t cross-stitch well.) The doctor only admitted it was a former client.

What a great thought, though! ‘Don’t should on me.’ I tell my ESL students that the word should is used when there is a finger, real or imagined, pointed at someone; it implies judgment of another, often a moral one. Unlike would, could, or might, the word should carries censure, while the other words suggest hope, ability, dreams.

The word should may be the most pervasive, innocuous-sounding, yet poisoning word we use. Does it ever, ever, promote unity, love, peace? Does it ever make anyone (but the sayer, if it’s not directed at himself) feel better? Do we ever hear the word without censuring ourselves or others?

The thing is, using the word should, in any scenario, implies that we know what should be done, better than the Universe, or God, or Science, or our mothers. What is is what is, and that really is that! Torturing yourself (or others) with shoulds (oh, especially when applied to past activities) is just not constructive. We cannot be other than what we are, we cannot do anything other than what we do, at any given moment. It is impossible, and therefore the word should is moot. I can’t think of a place where should be used, in fact, because we actually know so little about our world, so little about what works and what doesn’t. We’re all trying to make our way, and find ourselves at different locations on that path. Perhaps there is no one path, either; it could be that we each have our own ‘reality tunnel,’ as Robert Anton Wilson so brilliantly puts it. The point is, it’s different for everyone. Every one. It cannot be anything but.

If we still want to improve future behavior (whether our own or another’s), how much more helpful to say such things as, ‘Have you tried…?’ or ‘I heard that [fill in the blank] helped someone—maybe that would help?’ or ‘Wow, I see that wielding a knife when I talk makes people nervous. Maybe I’ll stop using the knife.’ The fact that you used the knife in the first place is no cause for a should against yourself; you were doing the best you could at the time, and maybe you honestly thought carrying a knife would help you gain friends and influence people. (Hmm. Substitute ‘guns’ and that last bit takes on a whole new tenor, doesn’t it? Carrying guns seems to have worked for both individuals and governments alike. But I digress.)

As you might have suspected, Byron Katie treats should as the dirty word it is. The Work is helping me in my quest to root it out of my vocabulary altogether. It has brought nothing but heartache to my life—heartache, frustration, tears, self-flagellation – oh, the list goes on and on.

I should have done this years ago. (!)

A small P.S.: With the move to Ireland imminent, I may not find the time to work on my blog. Be of good cheer! I am happy, I assure you. It’s scary, but it’s exciting. I’ve expiated my motherhood guilt; my children are all with their soulmates, and are well along the Happiness Path; I’m going with many more skills and experience than I did way back in 1992, including the life-saving Work, and what I’ve learned from my cancer journey. It’s all as it should be.