“Reflections”: the perfect word to describe what this blog comprises. Those of you who follow my scribblings know how I love the mirror metaphor; it only seems right to employ it in this, my final blog for 2013.

On this snowy, silent New Year’s Eve, I let the year’s events parade past. I sit in the judge’s stand on a raised dais, saluting every entry, no matter how pitifully attired; no matter how richly festooned. I know now that when they first entered the parade, they were all dressed alike. Only now, with Time’s Mirror held tightly in my cracked and aging hands and trained on the past twelve months, do some entries appear larger, smaller, brighter, or faded. (It really is done with mirrors, you know.)

For you—yes, you, the one reading this—are, and always have been, my Mirror. With unfailing accuracy, you reflect my true self, with all its embarrassing flaws and shining talents. If I thought you were judging me harshly, if I exploded in anger at you, if I wept with grief over what you told me (no matter how gently), I know it was not you. It was I who judged, who erred, who hurt another.

And so the year 2013 takes on another cast when viewed with gratitude and love. First, the easy ones in the Joy column: visiting Portland to meet Oona, Liora entering the world, receiving my M.A. in English, reuniting with DeKalb friends, making new friends in Utah, winning a poetry contest, teaching writing at a community college, walking again after spending a year in a wheelchair. Indeed, the whole experience of disability comes under the heading of “Joy” for me, as does my in-depth experience of poverty.

Without disability, I never would have gained the compassion that accompanies a major shift in perspective. I literally had the chance to view the world from a different angle. From that new angle, I discovered deep cracks and flaws running through the cornerstones of our society: employment, housing, healthcare, and education. I know that great efforts have been made to repair these flaws, and they have resulted in more access for all, regardless of gender, race, color, age, or creed. The whole system looks better from the outside; however, the fissures I saw in the four cornerstones continue to threaten the foundation. I hear it creak every time I’m turned down for housing because the landlord does not want to comply with ADA law; the building sways every time I limp into an interview room with my walker and see the look of alarm on the faces of the panel—this woman’s going to cost us money!—before the shutters come down altogether.

The sagging floors are most noticeable, strangely enough, in the hallowed halls of learning. There is no handicapped access to an entire floor of the DeKalb Public Library, for example, and it happens to hold all the texts pertinent to both my field of study and my fields of interest. It’s worse in the places in which I’ve been a teacher. From having no bathroom stalls that can accommodate a wheelchair, to placing instructional devices (PCs, document cameras, printers, copiers, even whiteboards) out of reach, colleges—especially the four-year ones—retain the marks of their elitist origins. Colleges were meant for the physically as well as mentally fit. Do you think I’m kidding? While doing research for my “Tales of the Crip” book, I discovered that only 9% of wheelchair-bound persons have a bachelor’s degree, let alone a master’s. It takes an incredibly strong desire to succeed to successfully navigate the gauntlet of barriers erected by institutions of higher learning. Disability comes under the “Joy” heading for me because I didn’t give up even though I wanted to often enough. Looking back at what I overcame to get the M.A., I marvel at my own strength. I never knew I could be so strong.

I also didn’t know how much I would benefit from poverty. Yes, after completing an M.A., the best job I could get was as an adjunct English instructor at Kishwaukee Community College. I didn’t mind; I was doing what I loved! As the book from the 90s urged, “Do What You Love and the Money Will Follow.” I so believed it.

Alas, the money must be coming from another galaxy altogether. The Kishwaukee position did not pay a living wage. But, thanks to people I met because I was poor—Dan Kenney from the Community Gardens, Heather Foulker from RAMP, Inc., the wonderful ladies at SVDP’s Food Pantry—I got and am getting by. I canned, froze, dried, and stored the vegetables Dan brought me from DCCG. Heather helped me get Medicaid and turned me on to free transport services so I could get to my new doctor. For the first time in seven years, I have medical coverage! Heather also told me about SafeLink, a free cell phone service. (By the way, my new number is 815-793-2099; “Please Make a Note of It.” :D) My dear friends Cat, Angie, Bonnie, and Jody donated so much to me—furniture, clothing, and kitchen items—that I feel RICH, not poor. I’m better dressed now than I ever was. (Okay, maybe that’s not much! I can hear you, my dear Mirrors.)

Technically, by American standards of poverty, I know I’m poor. I earned less than $6,000 this year. I didn’t or don’t have many of the things Americans think they need to survive—credit card, cell phone, pension plan, healthcare, savings account, Netflix. Oh, such First World problems! I’ve always had a roof over my head, a comfy bed, food to eat, and books to read. What I discovered, quite to my surprise and delight, is that this New Poverty is basically the old Self-Sufficiency.

With Self-Sufficiency comes a great deal of personal satisfaction, actually. New Poverty takes quite a bit of time: cutting my own hair; baking my own bread; soaking & sprouting seeds for making nut milks and healthful snacks; knitting, crocheting, and sewing accessories and gifts; taking the bus instead of driving (I used to walk everywhere; that’s what I miss most since the disability); making wise health choices and even creating my own health potions because I’ve had to be my own doctor for several years. Those of you who think that the poor don’t work for their benefits need to run this Red Tape Gauntlet at least once. (Think “IRS audit to the 10th power.”) “Free” medical care and other benefits require hours and hours of paperwork and waiting in lines and on (phone) lines, often simply to hear a rejection; moreover, swallowing pride, accepting inferior quality, out-of-date food and others’ castoffs are part of the deal.  This year I truly learned the meaning behind the phrase “beggars can’t be choosers.”

And that brings me to the other side of the Year 2013 ledger, the “Not So ‘Yay’” side. These are the events and knowledges I’m still having trouble finding joy in.  For example, I’ve learned for certain what I’d suspected was an American credo all along. It’s not only “beggars can’t be choosers,” but also there is a deeply held belief that “beggars choose to be beggars.” This Belief rents a fashionable, non-ADA-compliant apartment in a high-rise building owned by a company called The Only Success is Financial. This company is the one that manufactures Corporate Ladders and constructs the Sure-fire Paths to Success you’ve heard so much about. What their ads conveniently neglect to mention is that the Ladders end in emptiness and the Paths produce paranoia.

True success cannot be measured simply by counting the number of ladder rungs or steps you have climbed; it does not show up in bank accounts or pensions.  Success is measured, as George discovered in It’s a Wonderful Life, by how many people love you. Success’ stock goes up when you ease another’s suffering, or increase another’s understanding of his or her worth, or write a novel, or simply smile. Success is discovering your gift and then sharing it with the world you find yourself in, whether it’s a town of two hundred citizens or two million. It’s about realizing you have a vocation, and then following it.

Sadly, this year I discovered, irrevocably and irretrievably, that my definition of success is not valid in my country. My country suffers from the virus caused by Corporate Ladders and Sure-Fire Paths, a particularly virulent strain of which is “A College Degree Ensures Financial Success.” Because of the virus, thousands upon thousands of instructors now inhabit the environs of any given campus; we are special vaccines cultured in the agar of academia, ready to fight the plague of ignorance.

Ah, but here’s the rub: the College Virus and its antidote, like everything else, now operate in a capitalist medium, subject to the laws of economics so vigorously taught in classrooms once upon a time. Supply has exceeded demand; thus, those of us whose vocation is teaching higher education find ourselves worth practically zilch. “A dime a dozen” comes to mind. Adjuncts, like WIC and other welfare commodities, are available at embarrassingly low prices. What cost us so much to win—our degrees—are worth virtually nothing. Adjuncts are a new form of indentured servant, and every college, two-year or four-year, has them in abundance. We neither earn social security credits or benefits, nor do we earn enough to save toward eventual emancipation.

And so, I have succumbed. Because my vocation is no longer pay-worthy, I have applied for a slew of secretarial positions. Not a few of you have rejoiced that I am seeking fully benefited, civil service-type work. I’m afraid I cannot join in the celebration. I can only see that, because of the time I’m living in and what’s valued in my country, I have to abandon my vocation. I changed lives; I inspired people. How many of us get to say this? I had the great blessing of finding out what true success is. But now it is snatched away because my talents and strengths to inspire and to teach are not valued highly enough. I cannot make enough to live on. Age and disability play some part in this, I know; if I were thirty years younger, I could probably still get benefited work as a teacher. Countless applications later, though, indicate to me that at my age it’s not going to happen. “No country for old women,” eh?

In the “Horrible” column of Life in 2013, the Death of Debbie looms largest, obscuring all my other petty concerns and supposed tribulations. Yes, I know she wanted to be free of pain. Yes, I know she died as she wished, quickly and with (from what we could tell) minimal suffering overall. I miss her every day. I regret many things I wish I had said or done. Yet, because of her death, I am writing more than ever. I finished the NaNoWriMo novel I promised her I’d write. I’m writing this blog. I’m trying to get a “real job.” Are those enough to satisfy her ghost? Are they enough on which to hang my hopes for 2014?

Only time will tell, my dear Mirrors. 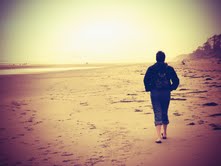